Paulina Olowska brings to life the Sala Fontana with a performance drawing on the work of visionary artist Zofia Stryjeńska, leading visitors through a magical, evocative experience.
Sound by Sergei Tcherepnin

The fourth event in Furla Series #01 features artist Paulina Olowska whose multifaceted work draws inspiration from modernist utopias and from American and Eastern European popular culture—particularly that of socialist Poland—forging a dialogue with history and creating a web of cultural references that explore the notion of feminism and consumerism. Zooming in on figures from the past, the artist unearths small, often forgotten histories; her approach is never nostalgic, but rather guided by a desire to understand their intrinsic value from a contemporary as well as historical standpoint.

Drawing on the work of visionary artist Zofia Stryjeńska (1891-1976), Slavic Goddesses and the Ushers springs from Paulina Olowska’s ongoing interest in female figures from the past. A leading light of the Polish cultural scene in the interwar period, later consigned to oblivion by the communist regime, Zofia Stryjeńska created a multidisciplinary oeuvre influenced by her country’s rituals and folklore. Over the years, Olowska has based a number of works inspired by this artist, from her paintings for the 2008 Berlin Biennale to the performance she presented in New York at The Kitchen in 2017, Slavic Goddesses – A Wreath of Ceremonies, of which Slavic Goddesses and the Ushers is an outgrowth.

The same deities found in the New York performance are at the heart of Slavic Goddesses and the Ushers, in which six mannequins arranged in the center of the Sala Fontana wear costumes made by the artist herself, based on Stryjeńska’s series of paintings Bożki słowiańskie (Slavic Deities, 1918). These surreal garments, with their enormous headdresses and their decorations of peacock feathers and wheat stalks (selected for the Bessie Award for Costume Design in 2017), present fanciful figures from Slavic mythology and folklore: goddesses of mischief, prosperity, fate, spring, winter, and the skies, with “bodies of clay, hair of wheat or branches, thorns and thistle.”

Viewers are guided through this ceremony by four “Ushers,” played by Dobrawa Borkala, Milovan Farronato, the composer Sergei Tcherepnin and the artist herself. These mysterious presences bring to life the Sala Fontana and the space overlooking it with live interventions, activating the scene in various ways and leading visitors through a magical, evocative experience.

Admission free. Since the capacity of the Sala Fontana is limited, there may be a wait to enter 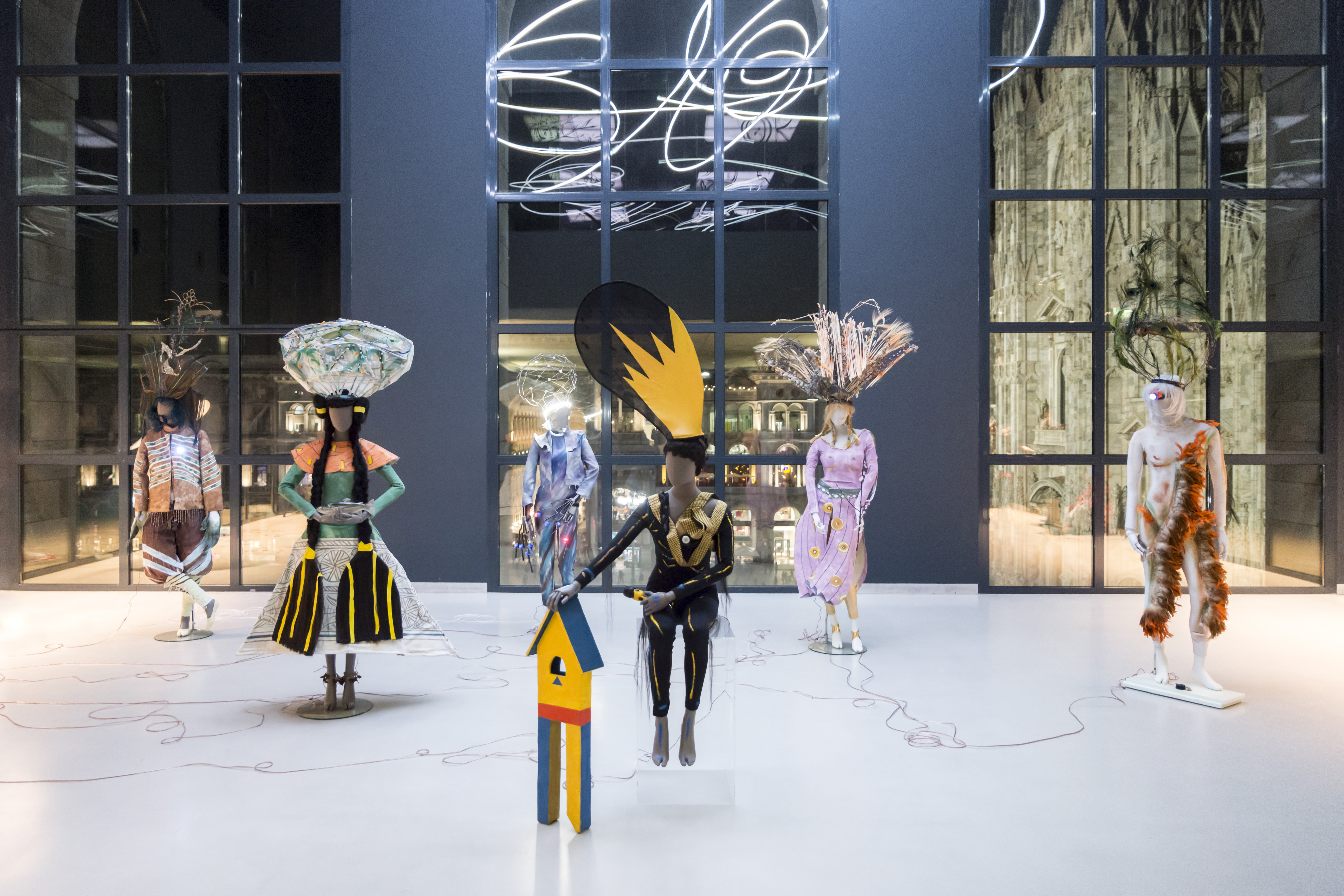 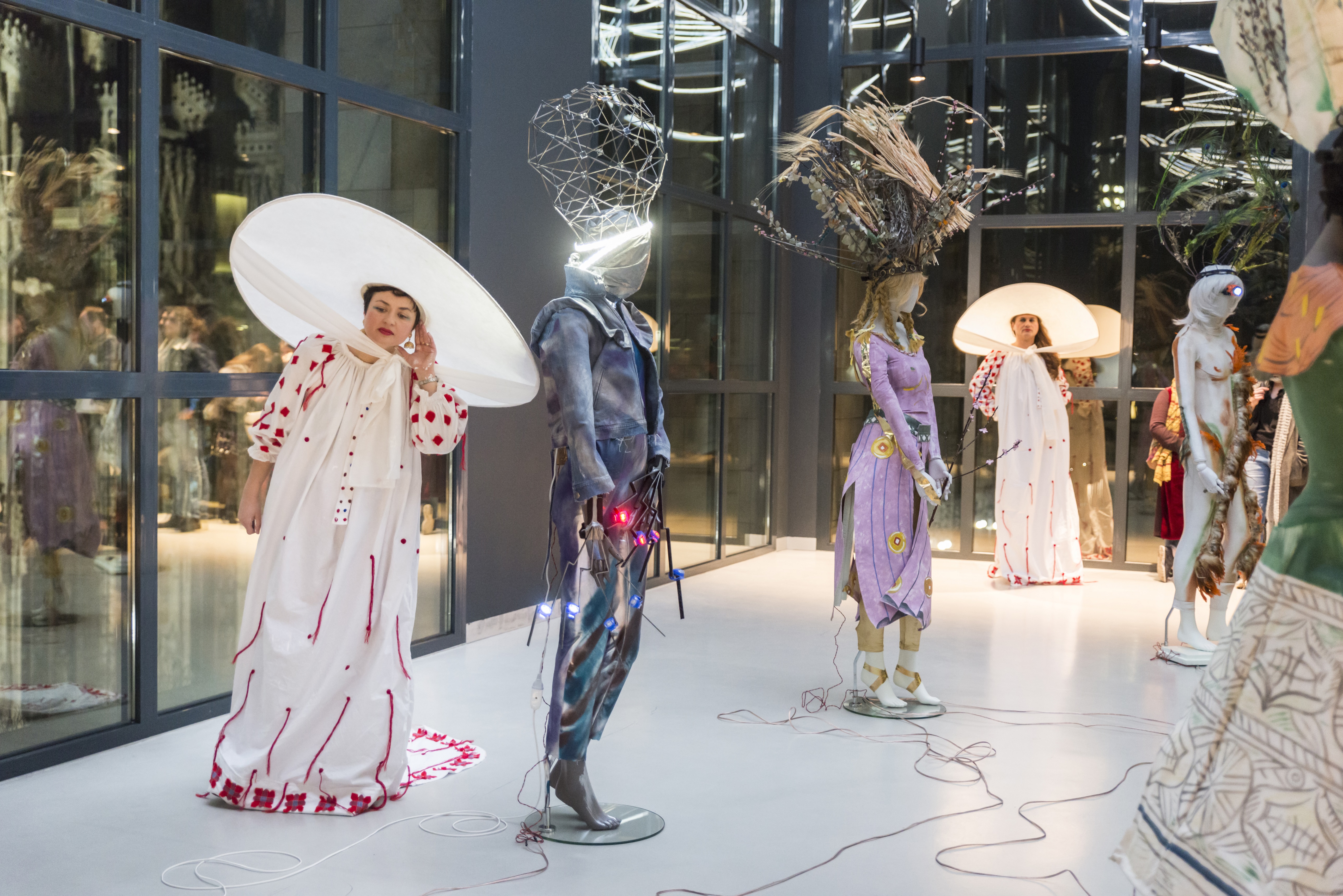 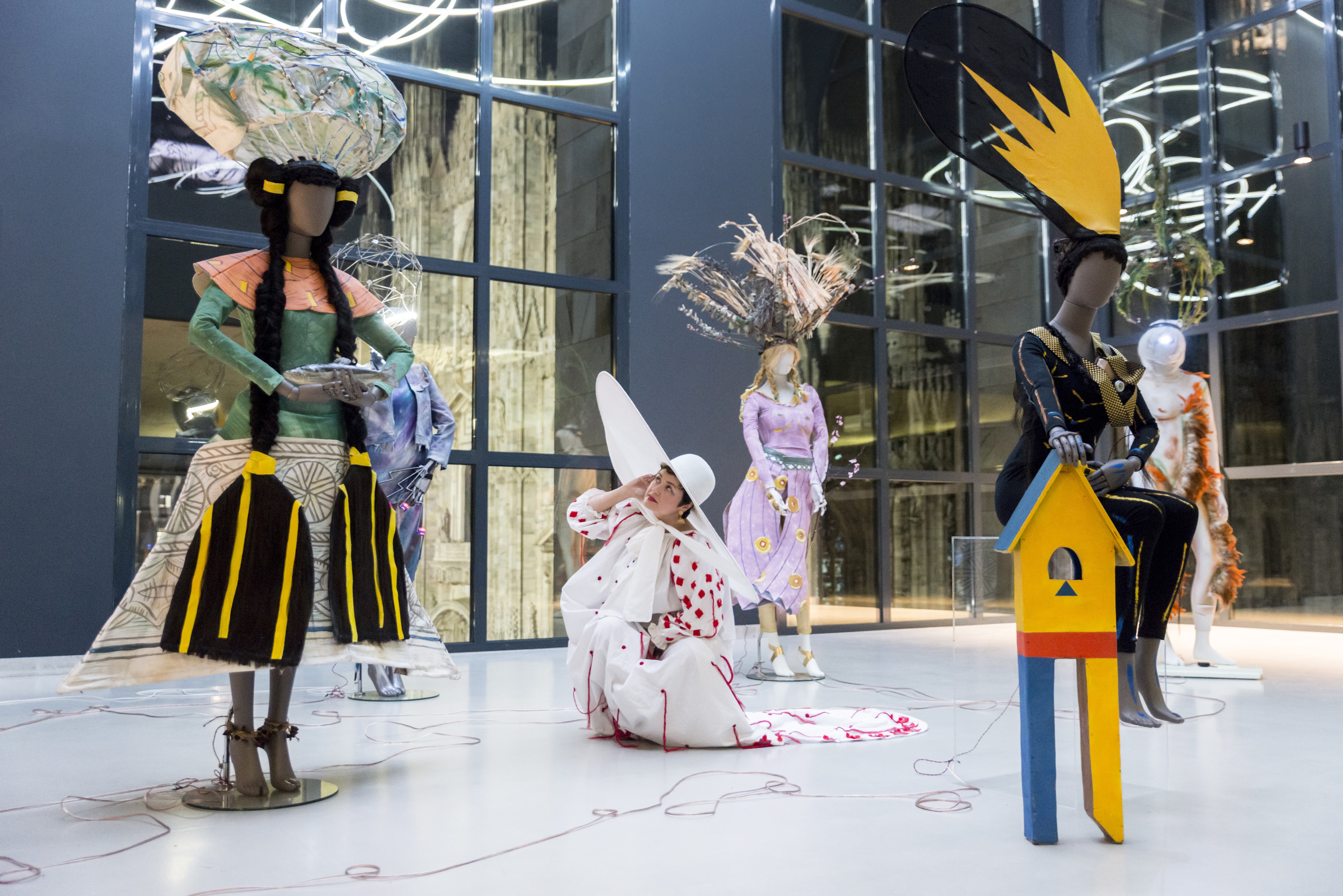 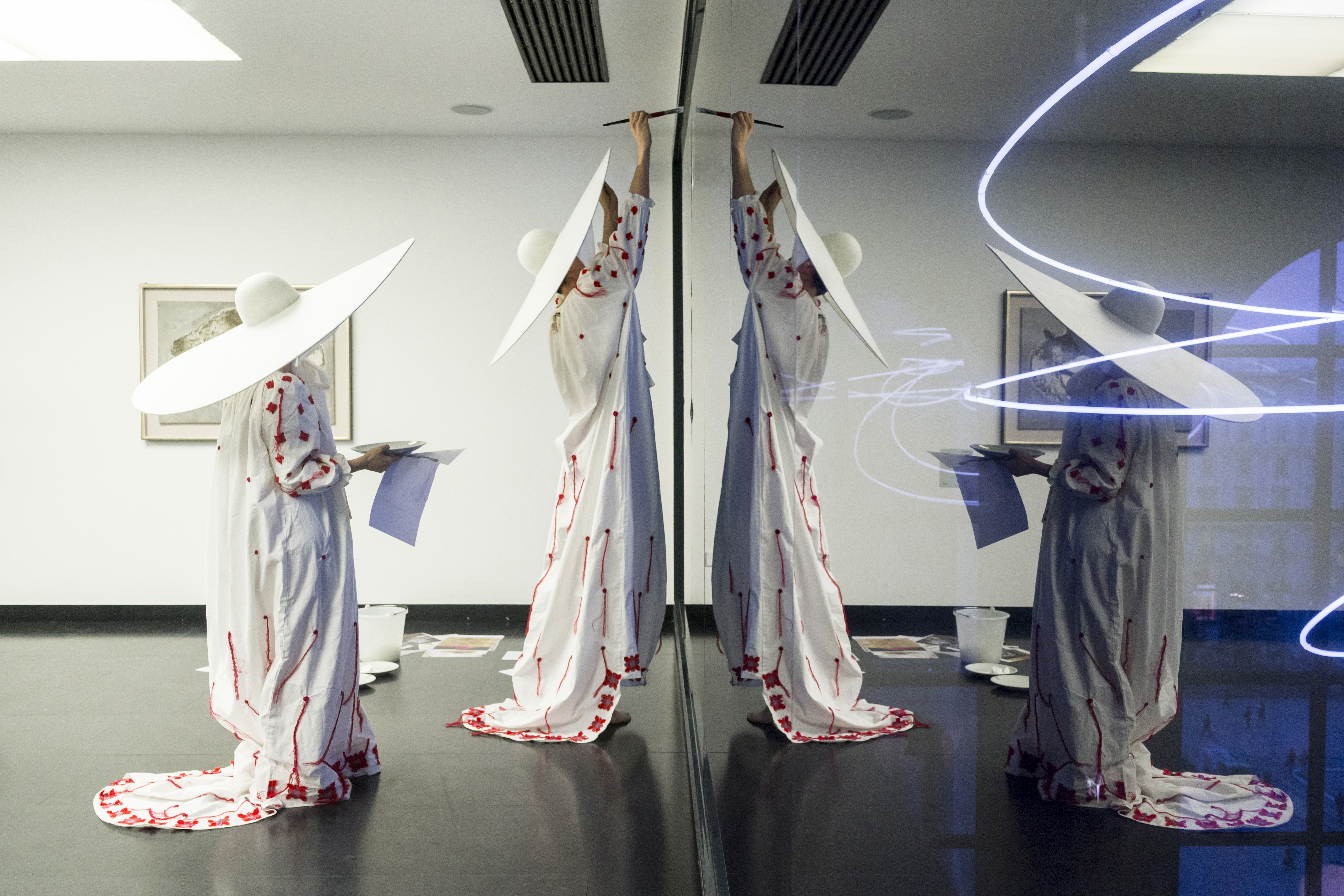 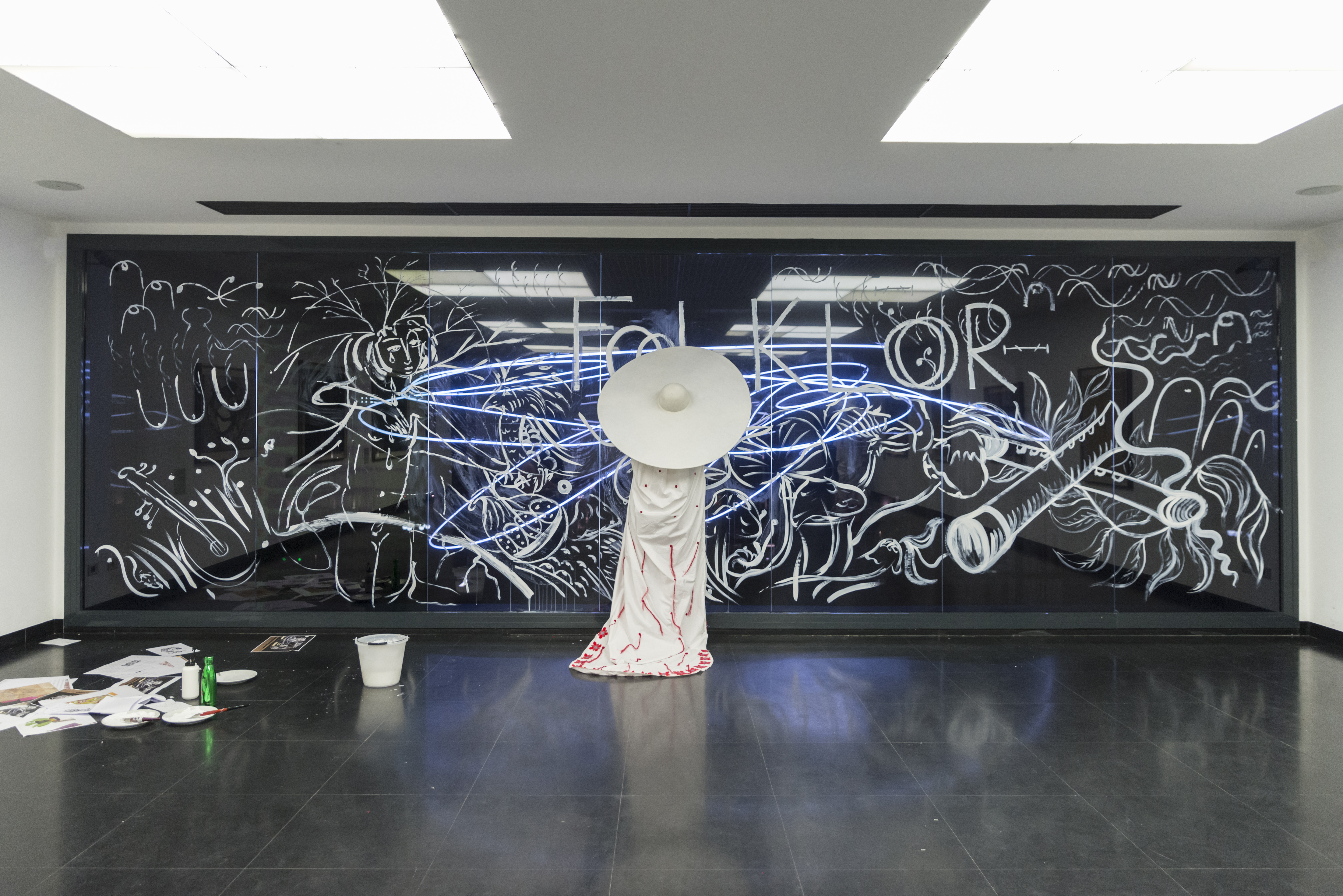 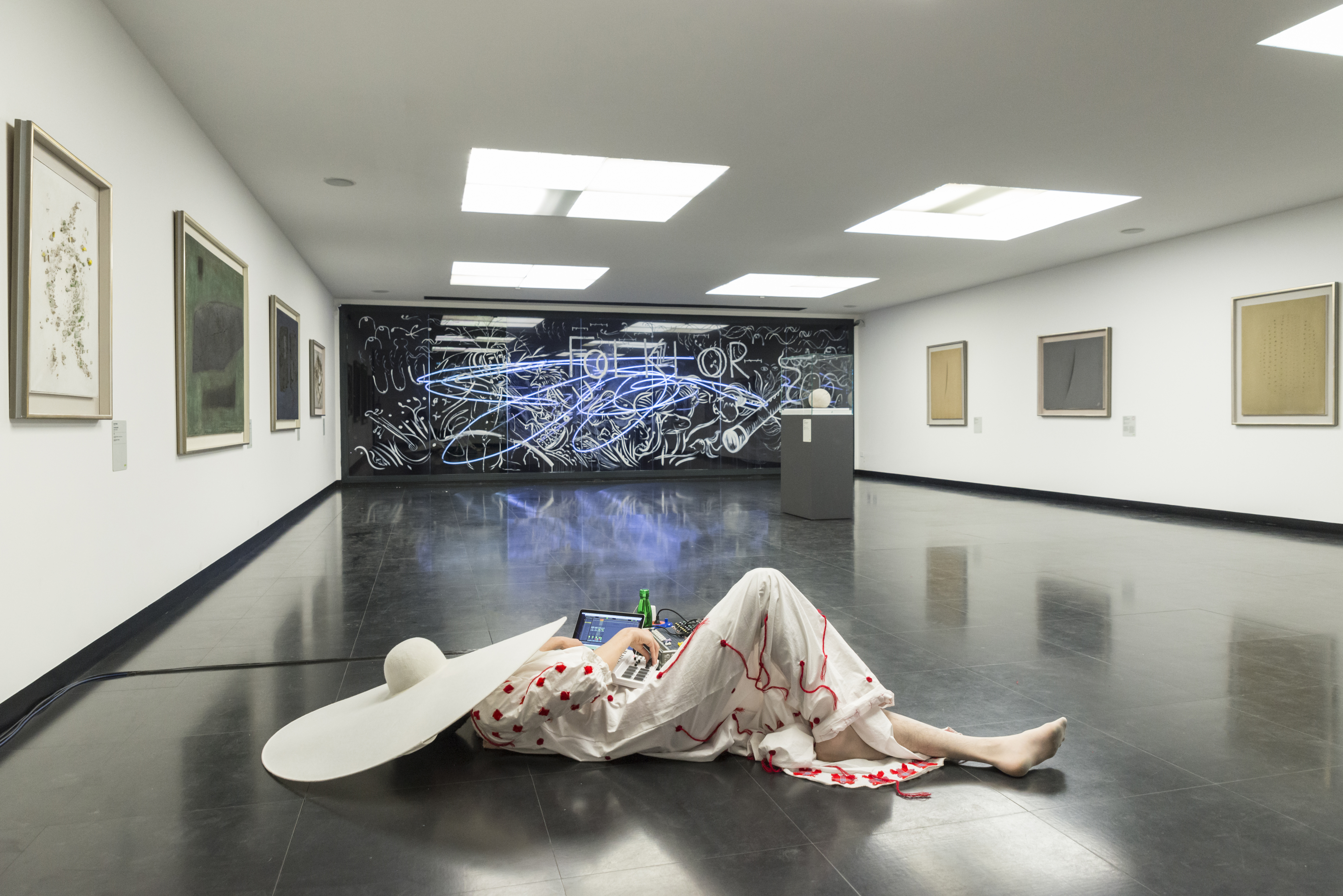 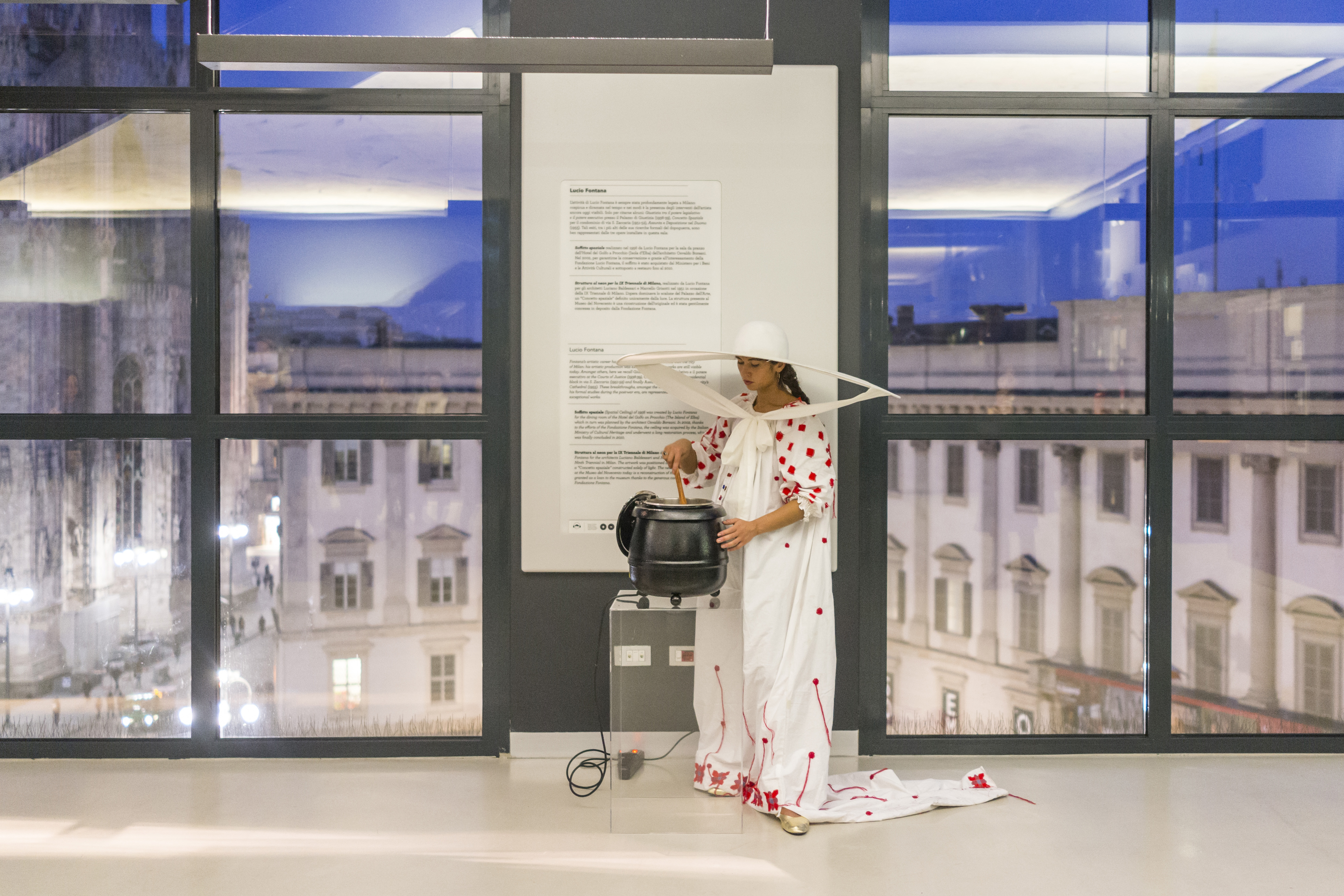