For over fifty years, Simone Forti has been a leading figure in postmodern dance. From the simple, minimalist movements of her early pieces, to improvisations joining words to movement, her work has profoundly influenced contemporary dance and performance practices.
It was with her famous Dance Constructions—now in the permanent collection of the Museum of Modern Art in New York—that Simone Forti built a reputation in the 1960s art world for innovative experimentation with the language of movement. Presented for the first time in 1961 as part of Five Dance Constructions and Some Other Things, in a series of events that La Monte Young organized at Yoko Ono’s New York studio, the performances completely rethink the relationship between body and object, movement and sculpture, rules and improvisation. Based on everyday movements or interactions with objects, these are pieces in which personal expression and improvisation are always hampered by the effort required to carry out a given physical task or follow certain rules.

In one of the best-known works from this series, Huddle, a group of people performs the title gesture. Together, they form a single structural entity, an uneven cluster of arms, legs, torsos and heads that takes shape before the viewers’ eyes, like a sculpture made of bodies taking turns at climbing over and rejoining the mass.

First presented in 1961 as part of the same event, Censor is instead a clash between sounds: a pan full of nails is energetically rattled as a song is sung. In To Play the Flute, this unnerving acoustic composition is repeated more than once, serving as an intermezzo between performances. 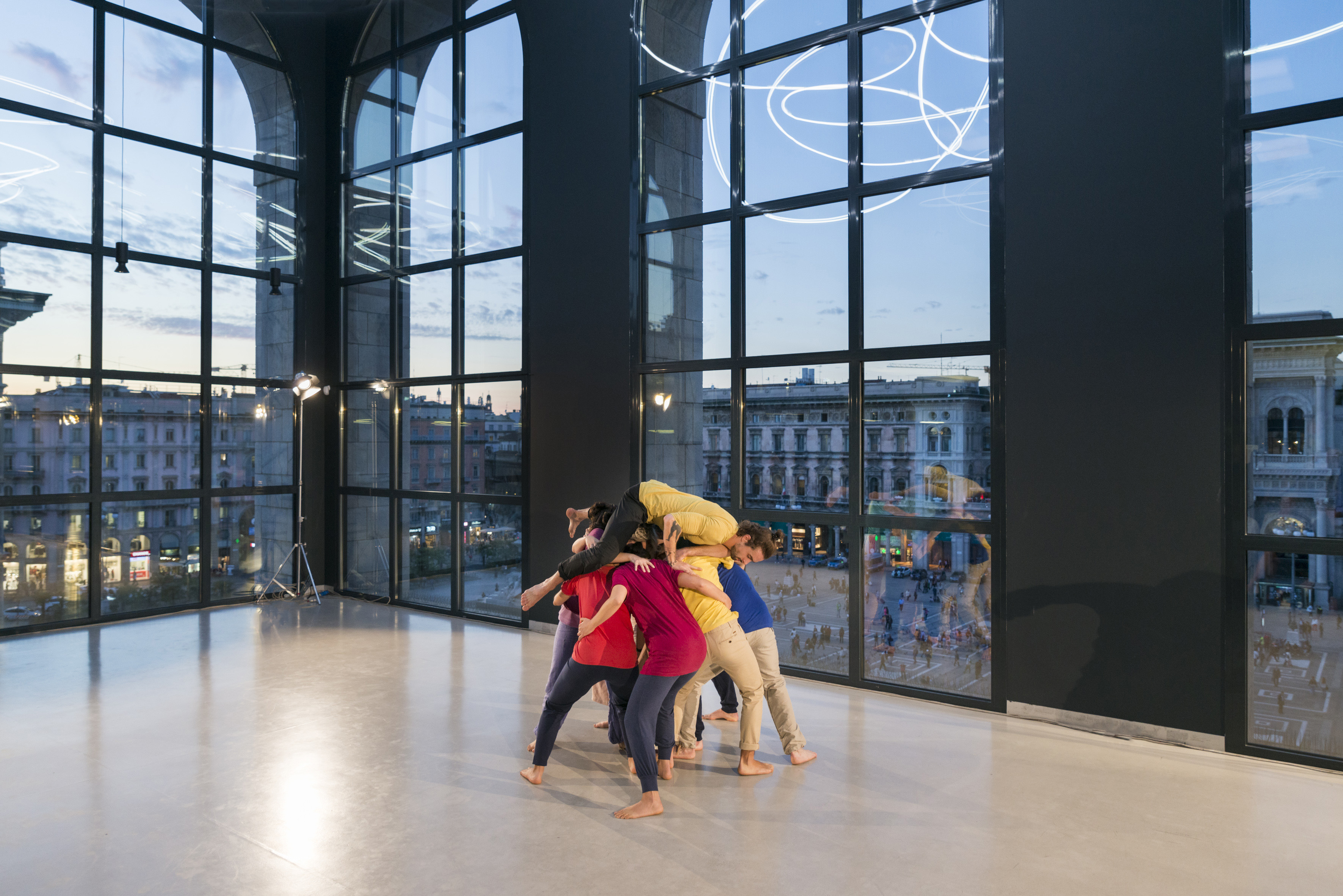 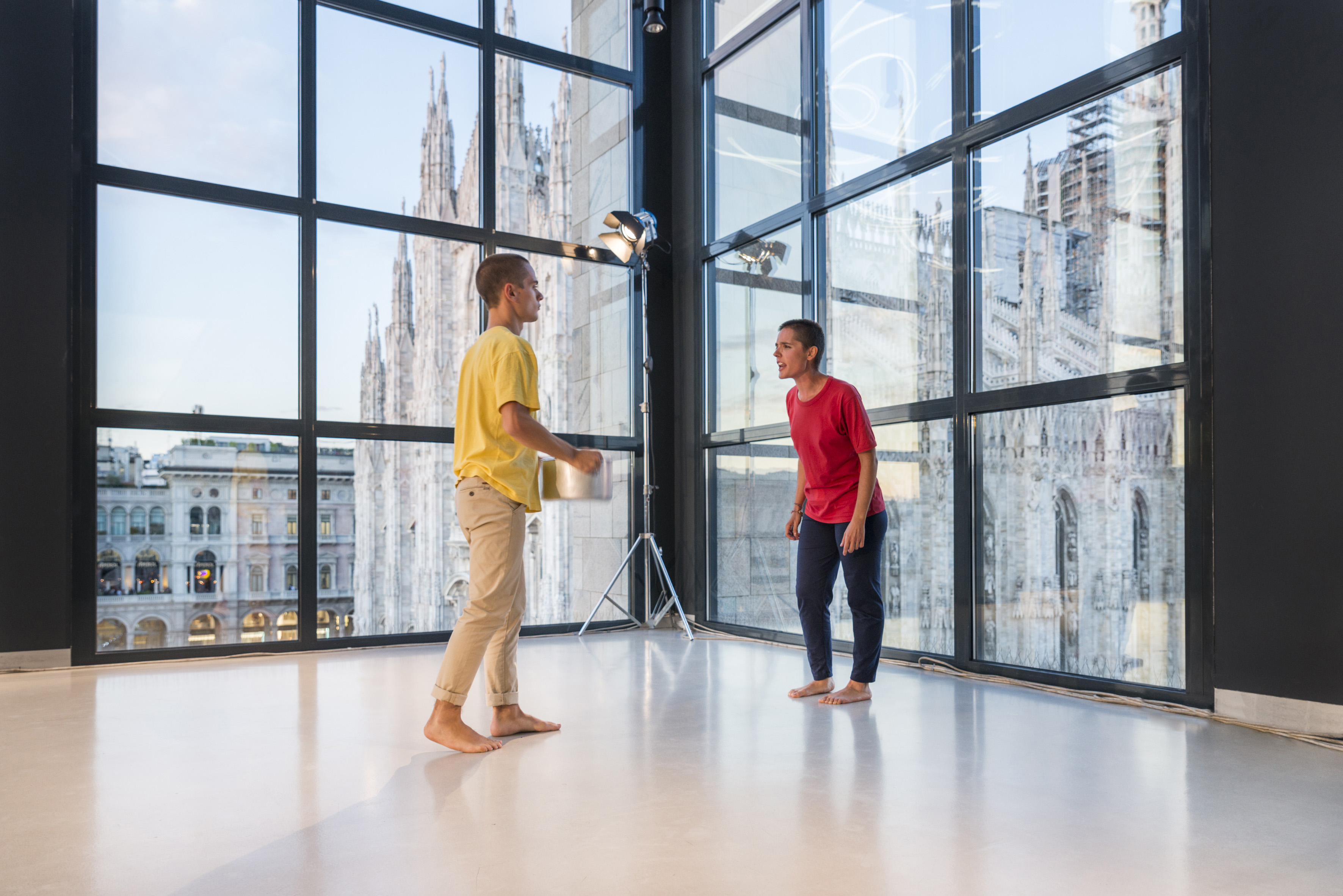 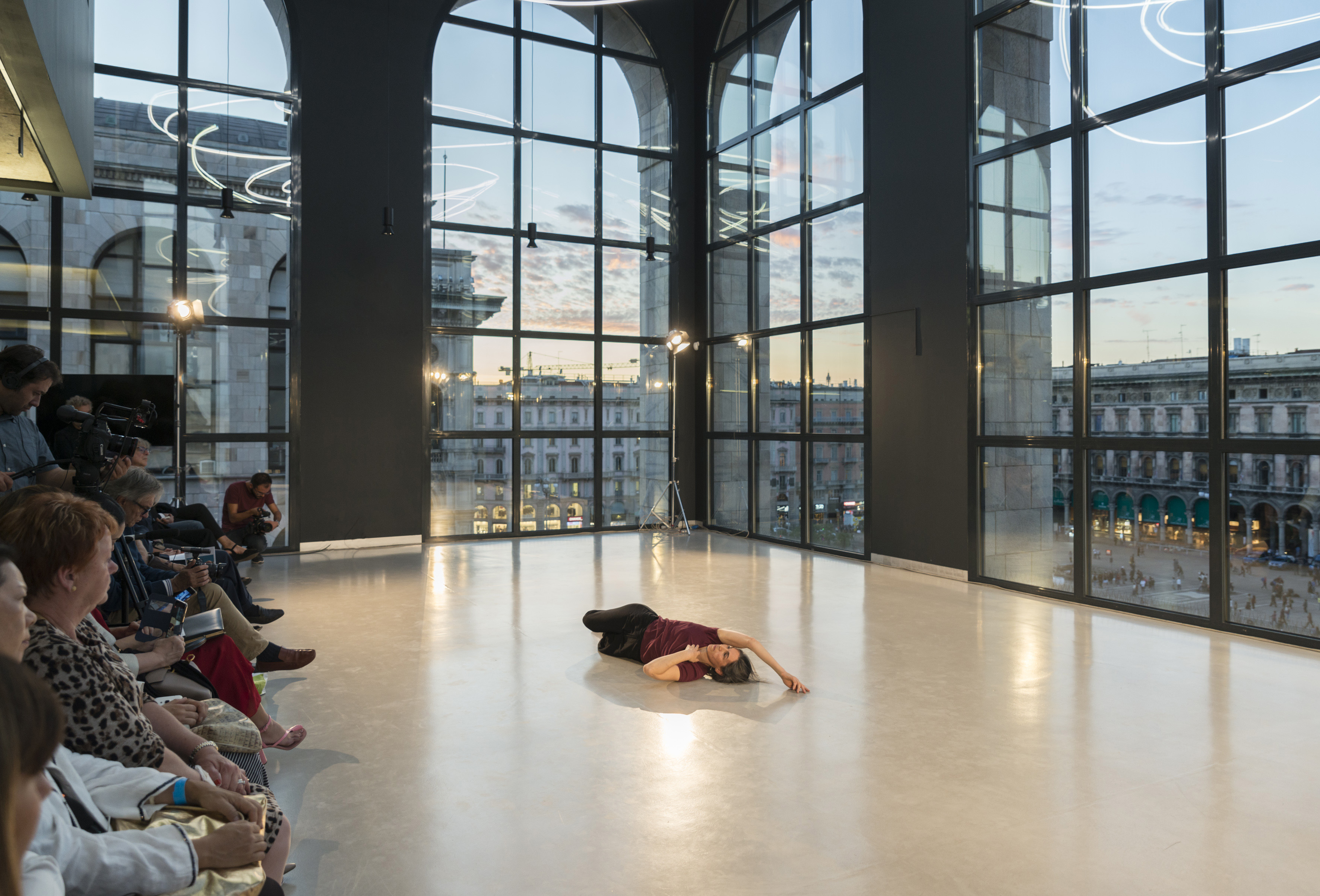 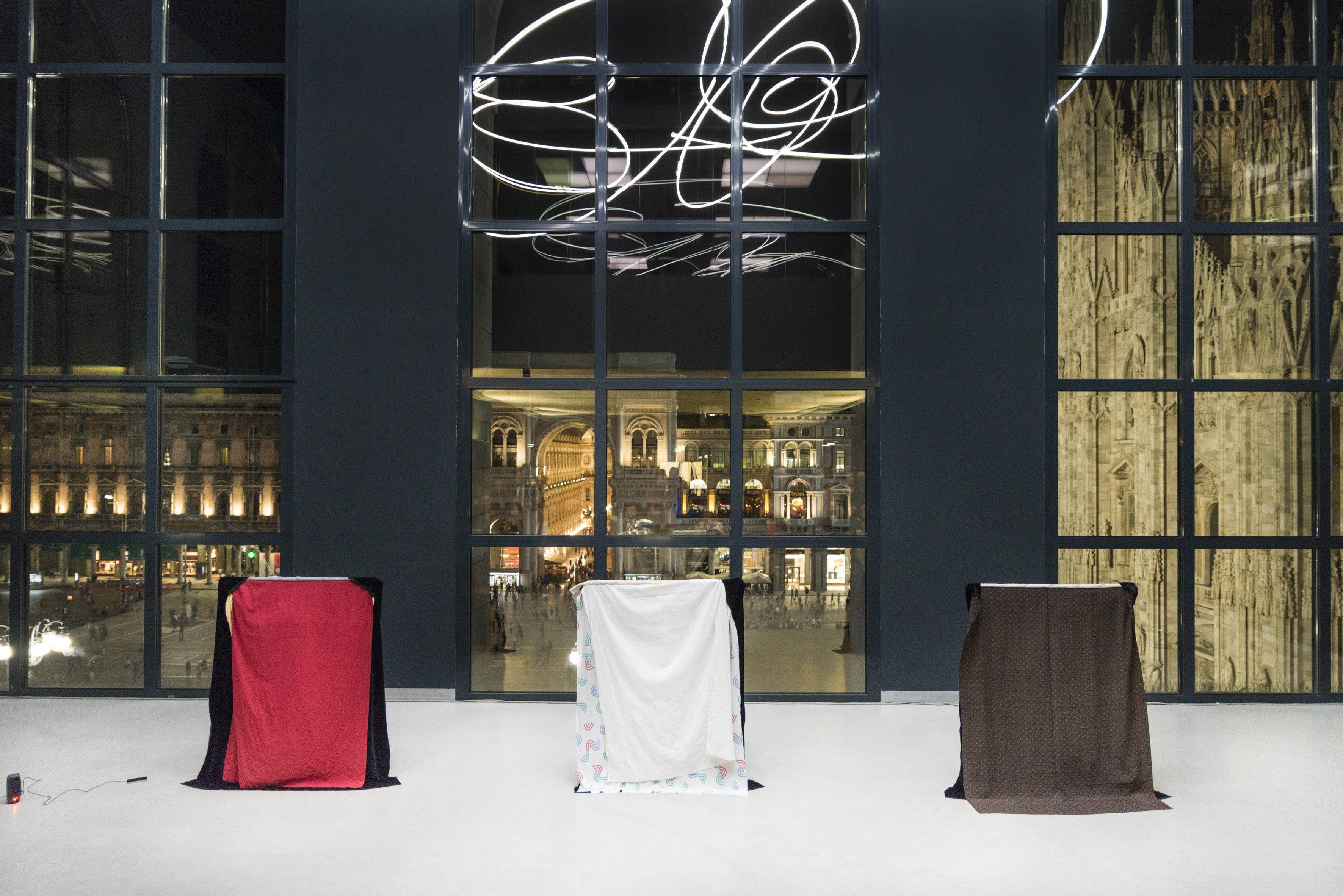