The artist’s first solo exhibition in an Italian institution, Misfits is a new project of the Furla Series, the program promoted by Fondazione Furla and realized in collaboration with Italy’s foremost museums. The exhibition explores some of the pivotal themes of the artist’s research, from her interest in crossing and redefining the border between interior and exterior to the relationship between the aesthetic object and its institutional context.

Baghramian firmly believes that a work of art, despite its considerable autonomy, is always inextricably linked to the time, place and socio-political context in which it appears. Accordingly, for the Misfits project, she began with the specific urban setting of the GAM, that is, an English garden open to adults only when accompanied by children. The contrasting impressions created by a context that evokes the reassuring and playful world of childhood, while at the same time engendering a sense of frustration through its limited accessibility, provide the inspiration for Misfits.
By combining the idea of play as an educational tool with reflection on the experience of disappointment and inadequacy, Baghramian has created a series of large-scale sculptures, formally designed to inhabit both the interior and exterior spaces of the museum.

The exhibition unfolds across five rooms, each housing a sculptural piece, and continues on the adjacent outdoor terrace. Each work on display comprises two halves that are made of different materials – painted casted aluminum and wood for the interior pieces, marble for the exterior ones – and installed as the disjointed parts of a possible whole.
The disassembled components of these sculptures evoke the structure typical of certain toys based on making geometric shapes fit together. From childhood, we are taught to assemble elements that dovetail perfectly and hence to develop a way of thinking according to which things must necessarily fit one another. Baghramian’s sculptures negate this alleged coincidence: their forms do not dovetail perfectly; on the contrary, they offer the experience of error as the only possible one, inviting us to discover beauty precisely in their imperfect juxtaposition.

The Misfits springs from a short-circuit of impressions and moods, and is informed by the perfect synthesis of contradictions marking Jumbled Alphabet, the photographic portrait of a child. While the reference to the world of childhood is explicit in this work, the girl’s frown contradicts the child portrait genre stereotype, reminding us that any typification and classification stems from constructions and superstructures. The work’s title is an allusion to the game that consists in reordering jumbled letters of the alphabet to form meaningful words. But the girl’s grumpy and rebellious expression seems to urge us not to let our cognitive capacities automatically be activated to ensure an orderly arrangement.

This ‘incorrect’ portrait and the sculptures with imperfect fits, then, are not based on pre-established and generalized aesthetic canons, but foresee the possibility of error, inadequacy, and failure. They reveal the beauty of these experiences, which are part of the individual’s formation, by showing that they can find a raison d’être even as formal manifestations.

Furla Series – Nairy Baghramian. Misfits is the outgrowth of a partnership between Fondazione Furla and GAM – Galleria d’Arte Moderna, Milan, with the generous contribution of Fondazione Henraux for the production of the works in marble. 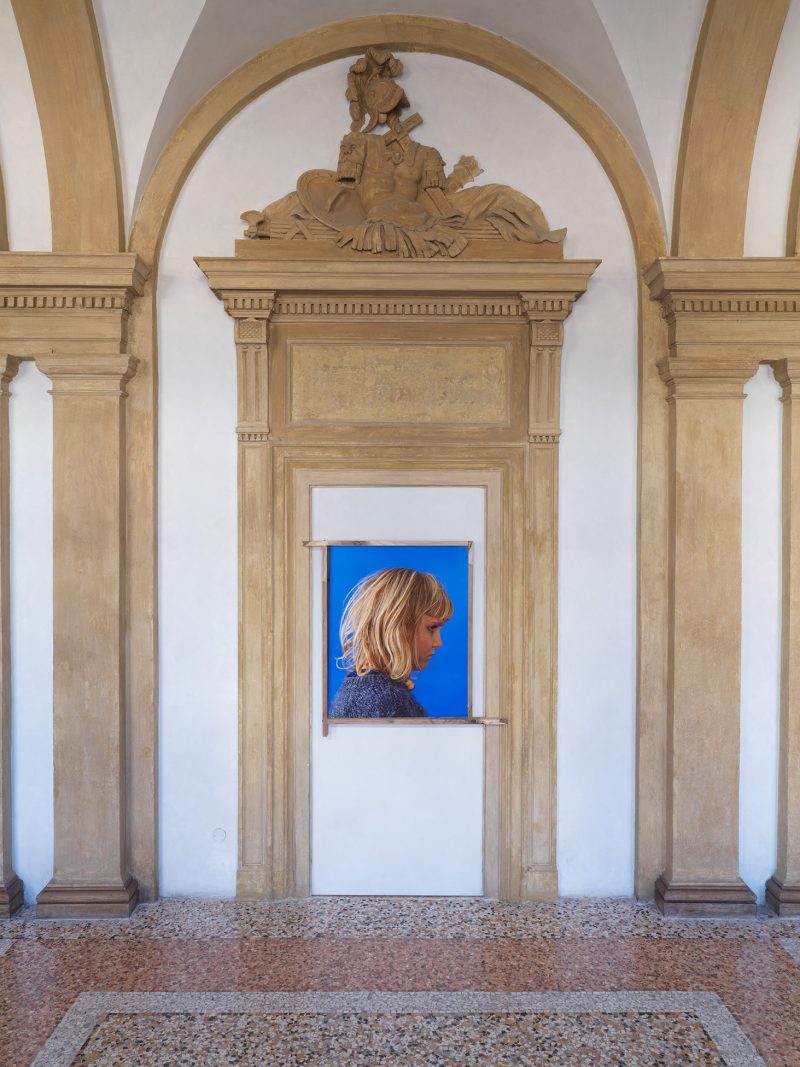 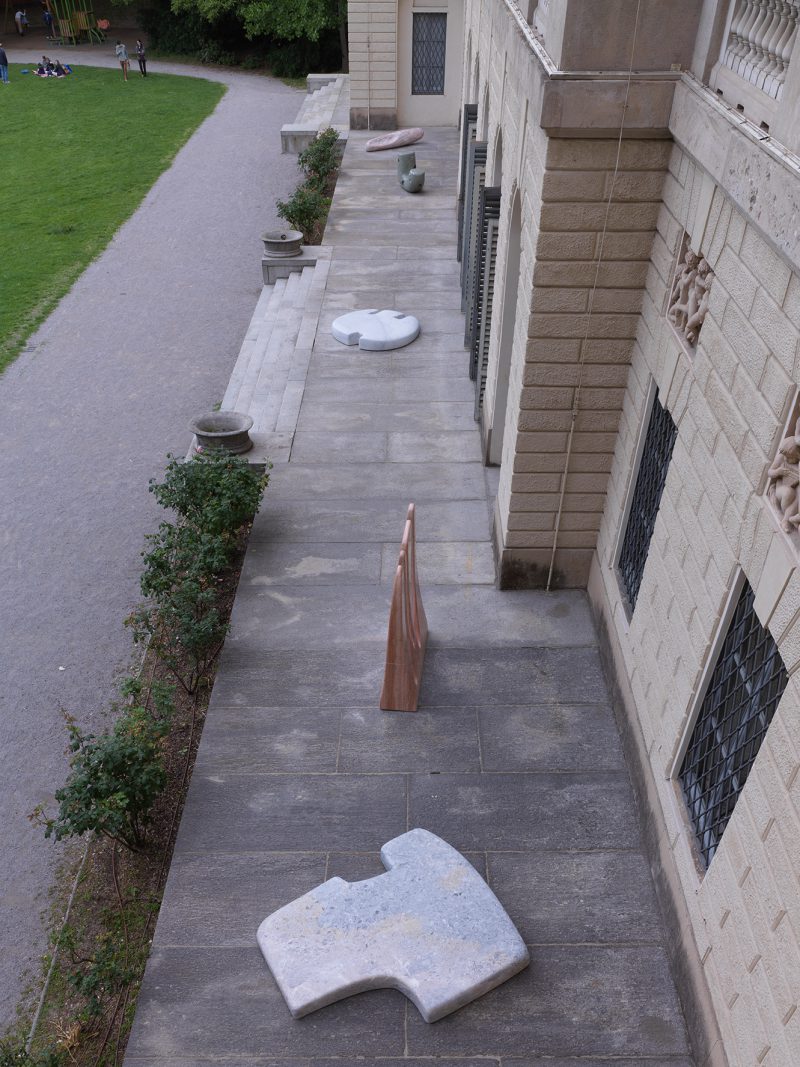 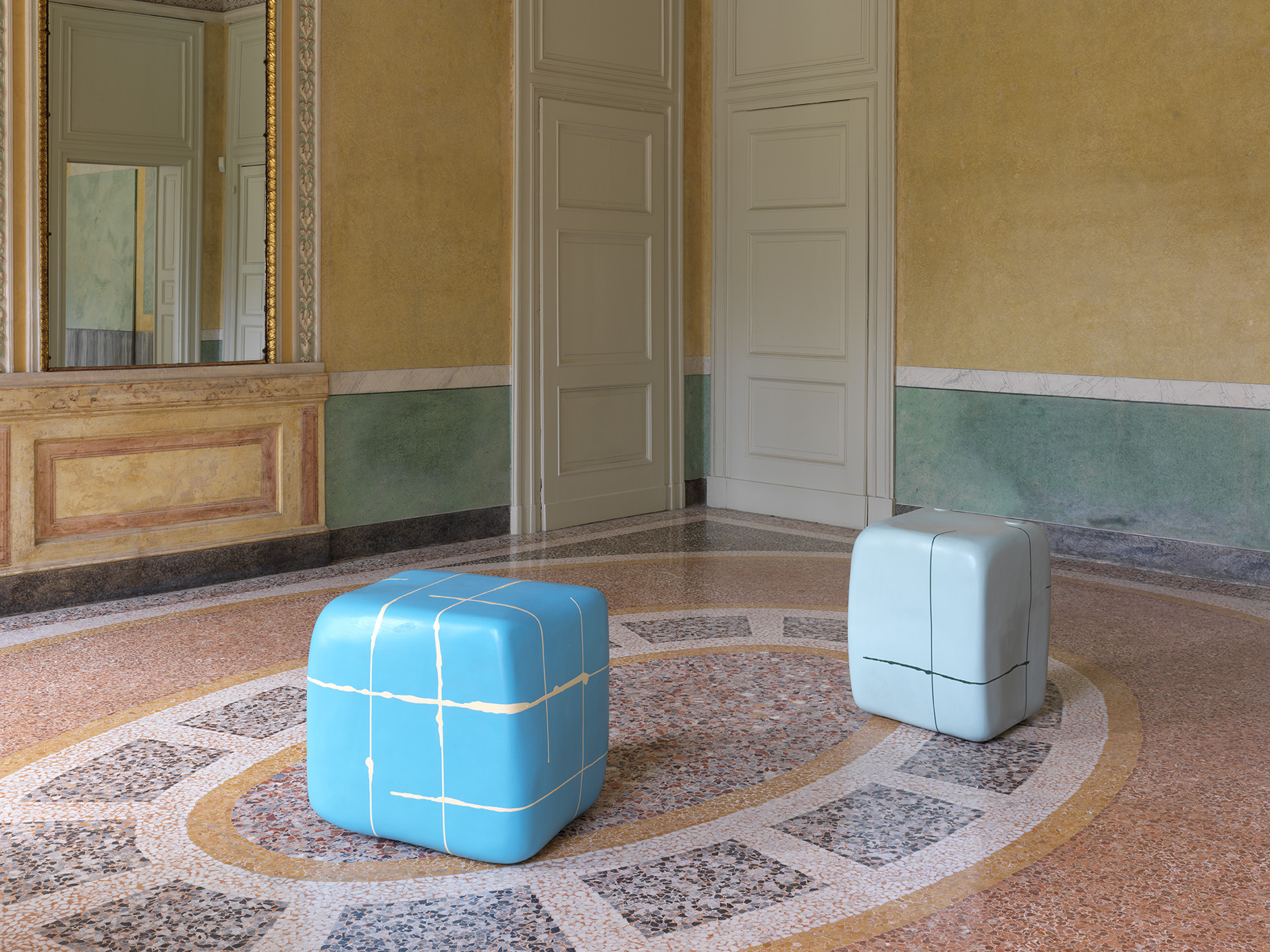 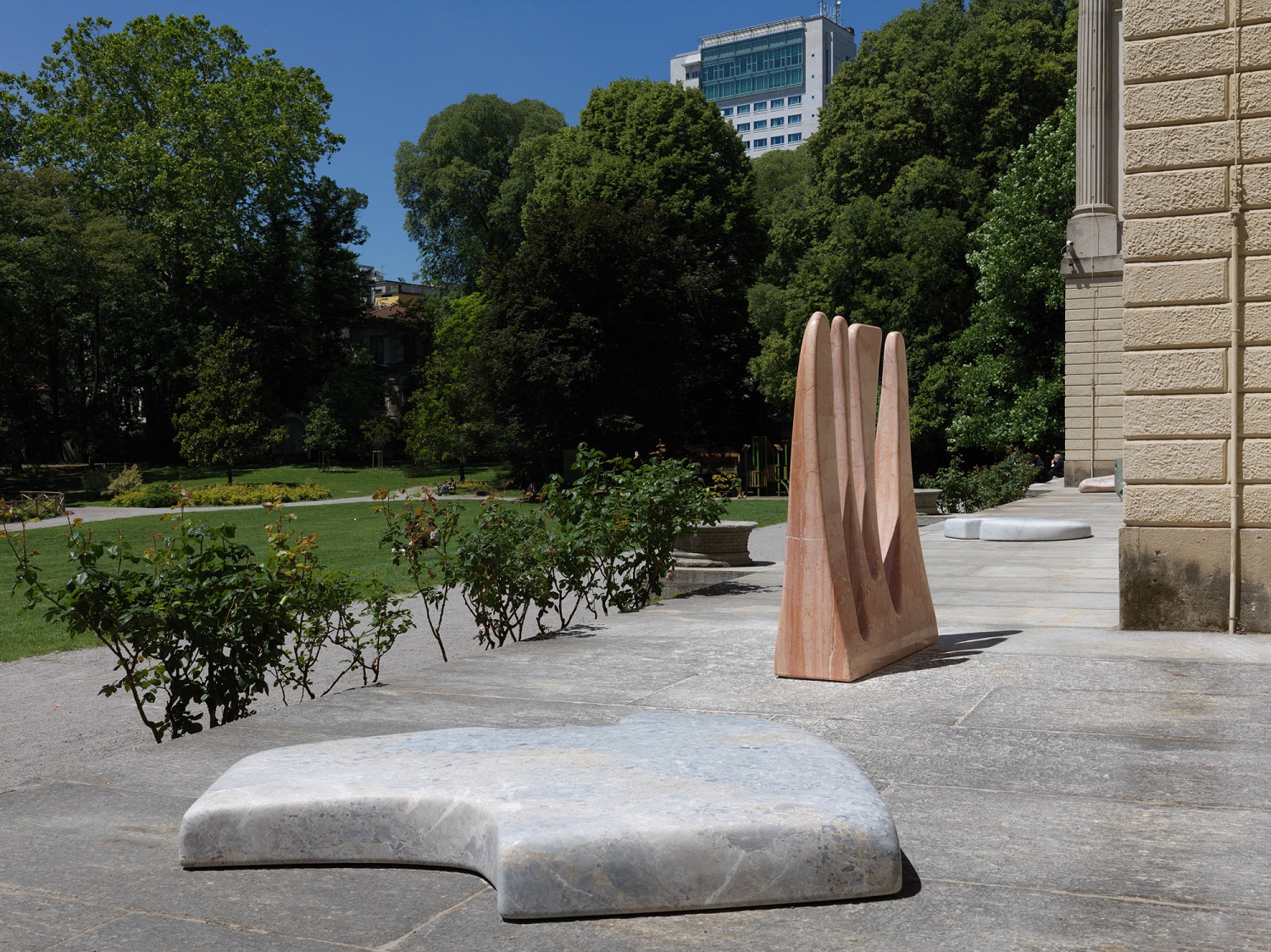 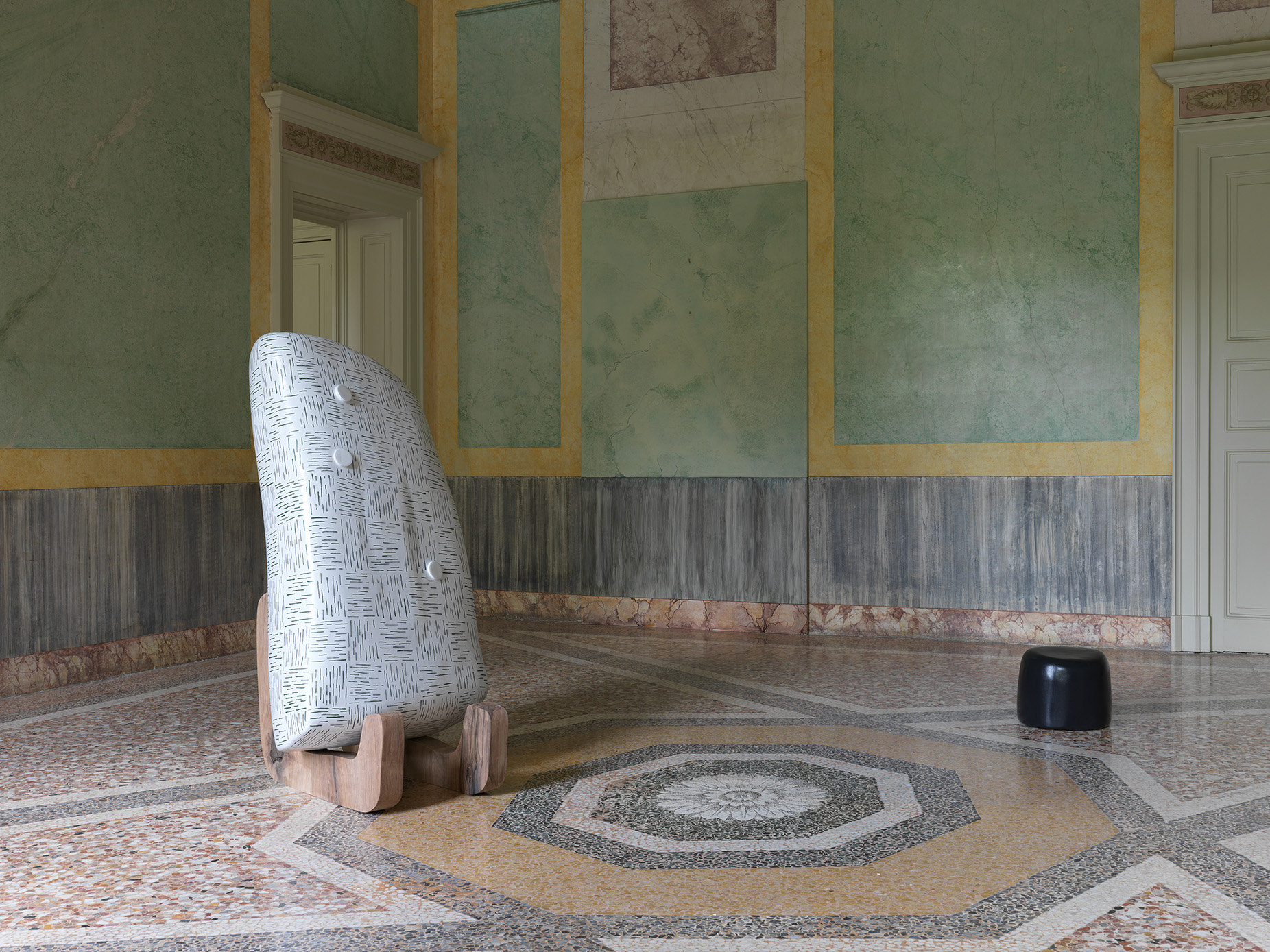 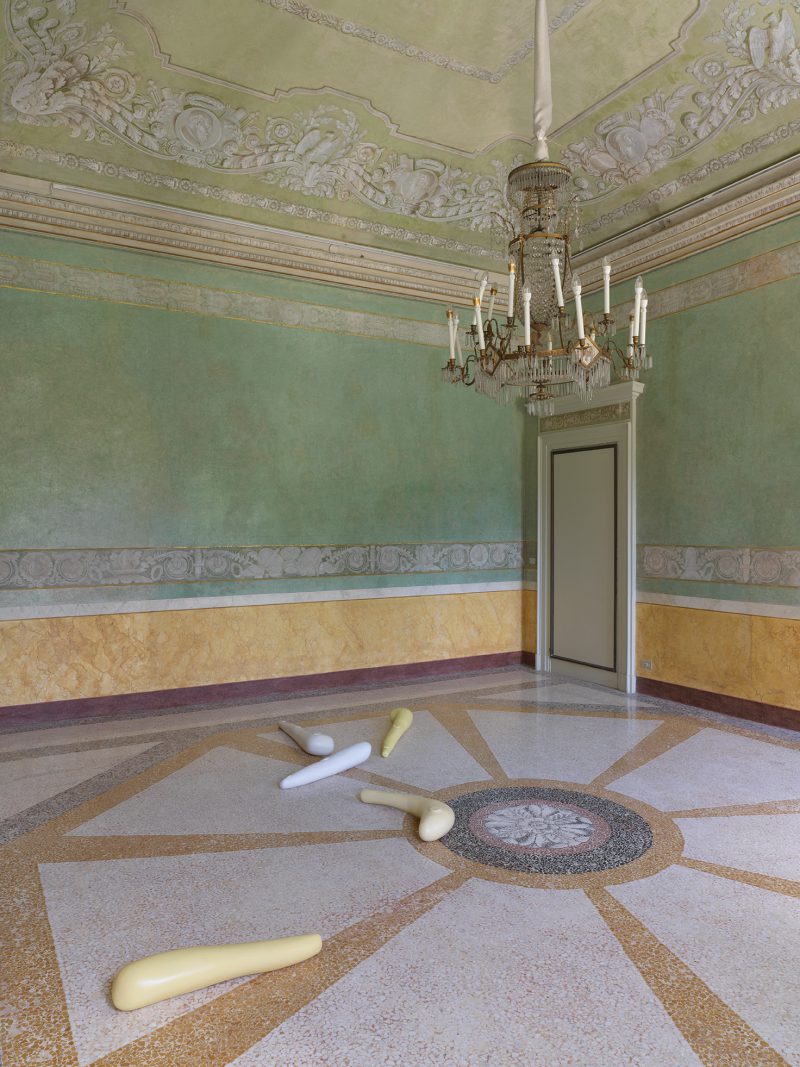 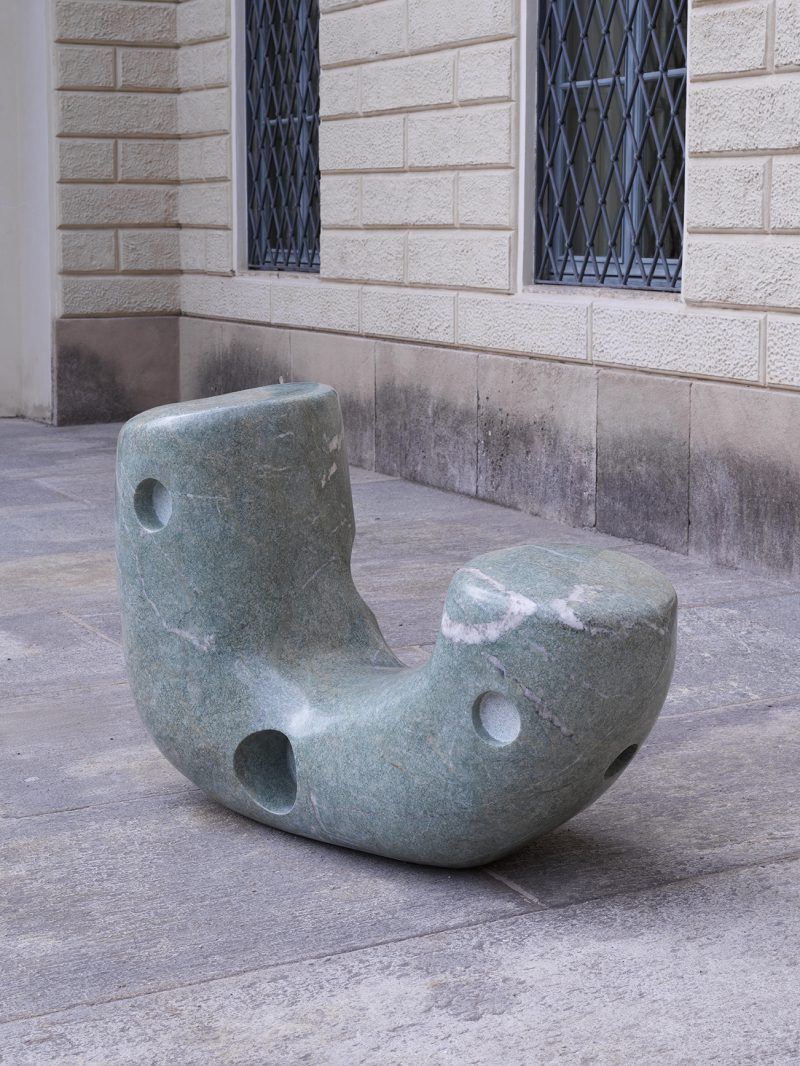 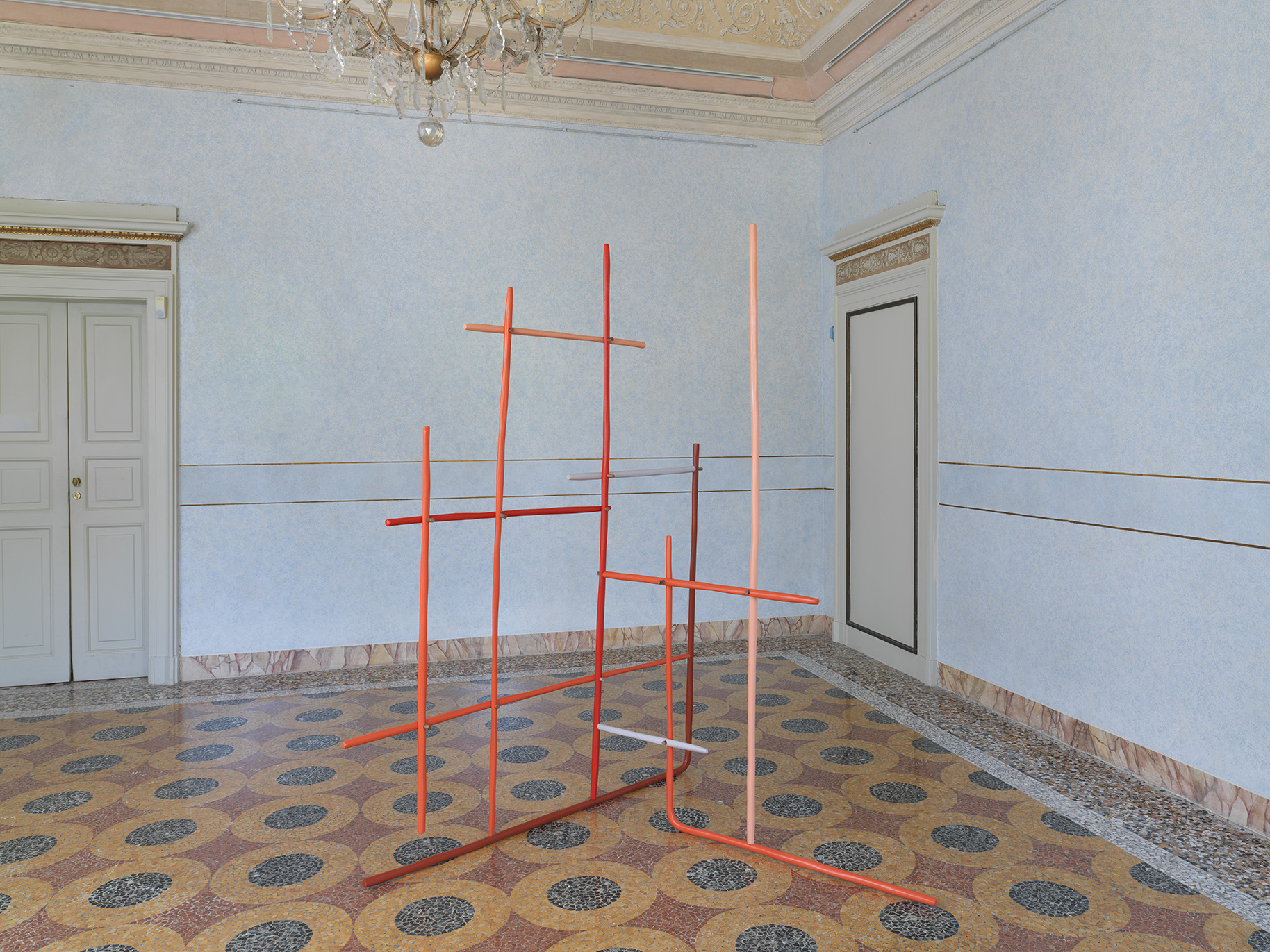 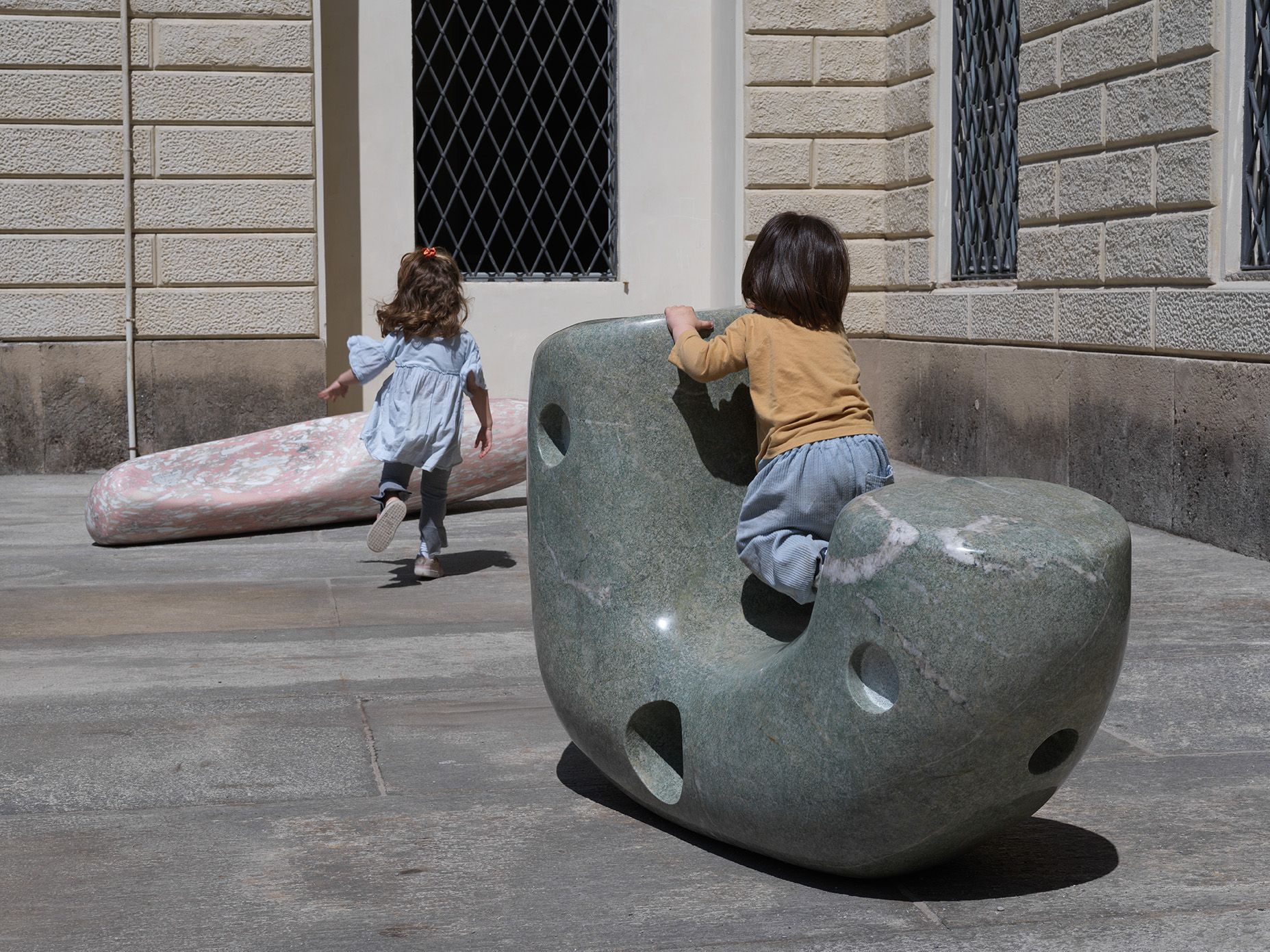